Relax Gaming's Money Train 2 slot is pulling into the station and it's time to get aboard this 40-win line train ride that offers up to 50,000x your stake.

Measuring five reels by four rows, this sequel to the Money Train slot is back with more chances to win and an exhilarating feature that offers repeating rolls of the reels until the wins stop coming in.

Let's cover all the information you need to know in this slow review from symbols and their win values to the game's features and how they work, and what bet sizes are available to play.

The following bet sizes are available when playing the Money Train 2 slot at Metaspins casino:

Like many of the most popular online slots, when you play Money Train 2 slot online, there is a mix of classic and themed pay symbols that will appear on the reels. These include:

Some of the above symbols will also appear in the bonus feature. Here is a list of all bonus symbols and how they work:

Matching three anywhere on the base game activates the bonus round. In the bonus round, each symbol that appears reveals a value between 1x and 10x your bet.

Reveals a multiplier value and applies it to all other visible symbols on the reels.

Reveals a multiplier value and collects all the values on other reels to add to its own.

A combination of the previous two symbols that reveals a multiplier and adds the sum of all other symbols to its own, then adds that value to all other visible symbols.

Reveals a multiplier and doubles the value of between three and eight other symbols. It can act on the same bonus symbols several times.

Reveals a multiplier, and can reactivate between two and seven of the Payer, Collector, Collector/Payer and Sniper symbols.

Reveals a multiplier and increases the starting value of spins left by one.

As the Payer symbol but applies for that spin and all subsequent spins.

As the Collector symbol but applies for that spin and all subsequent spins.

As the Sniper symbol but applies for that spin and all subsequent spins and it can act on the same bonus symbol several times. 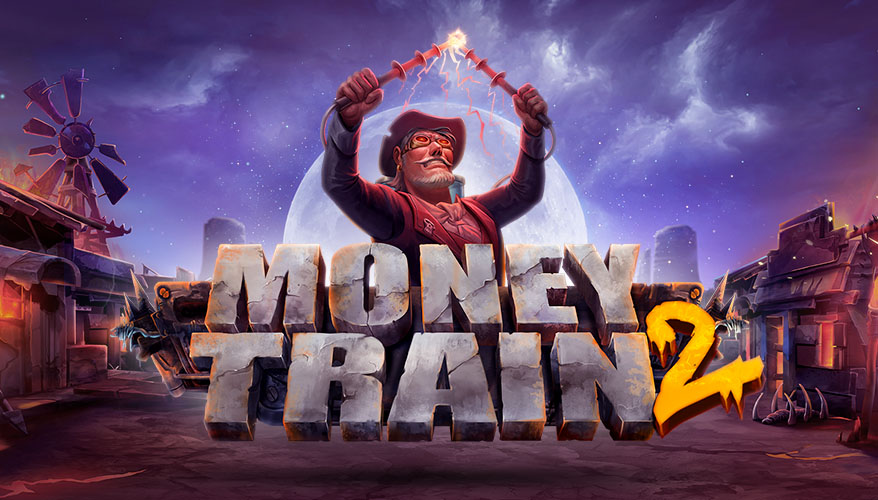 There are two main features to this Relax Gaming slot game. The first is a respin feature that is triggered when two silver Bonus Cogs appear on the reels. When triggered, both bonus symbols will reveal a multiplier which is added together, and the reels respin until a win is achieved. For each spin without a win, the multiplier increases by +1.

The second main feature is the bonus round, triggered by landing three or more of the bonus symbols on the reels. This will trigger three spins, and each time a symbol appears, the spins reset back to three. The bonus round ends when you consecutively get three spins with no win. If you manage to fill a reel with symbols, then an additional reel is added with a maximum of two reels potentially added.

How to Play Money Train 2

Let's explore how to play Money Train 2 at our crypto casino covering game rules, and how you can practice playing this slot with a free play demo.

Play for Real Money with Crypto

Here is a quick guide on how to play the Money Train 2 slot game:

At Metaspins we also offer the player to try a demo of the game to get used to its features and get a feel for if this game is for you. 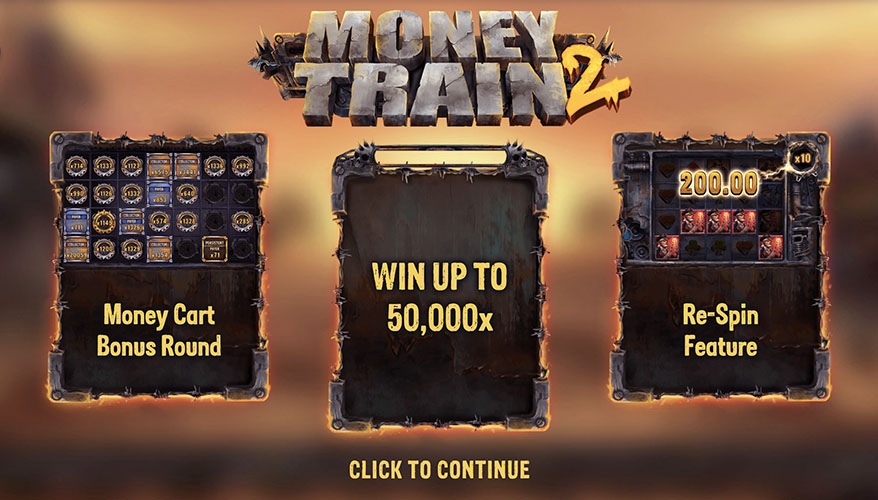 Which Cryptocurrencies Are Accepted for This Slot?

If you enjoy this game, then you may also enjoy some of Relax Gaming's other top titles, such as:

You can also play slots from other providers, such as Pragmatic Play's Big Bass Bonanza slot.

The Money Train 2 slot game is provided by Relax Gaming.

The theoretical RTP for the Money Train 2 slot, according to Relax Gaming is 96.40%.

Yes, Money Train 2 is a sequel to the popular Money Train slot game. Whilst the two games are similar, the sequel has an improved RTP, more bet values available and a larger maximum win value.

You can play the Money Train 2 slot game at Metaspins casino, where there is extra excitement with the ability to play with cryptocurrency, including BTC.

This online casino is operated by Metaspins N.V. incorporated under the laws of Curacao with registration number 160102 with a registered address at Zuikertuintjeweg Z/N (Zuikertuin Tower), Willemstad, Curaçao . Metaspins N.V. is licensed and regulated by the Curacao Gaming Authority under the License No. 365/JAZ, sub-license GLH-OCCHKTW0703232022 issued to Curaçao eGaming, authorized and regulated by the Government of Curaçao.